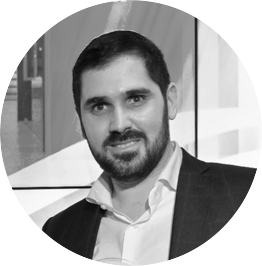 EXECUTIVE MEMBER OF THE BOD

Manos Michalakis is Deputy General Manager at Karatzis Group of Companies, with 15 years of excellent experience in leadership positions, much of which was gained within the Group itself when he began his career there in 2006 as IT Manager.

The complex projects which he has carried out with total success have honed his skills in management, project planning and product development, qualities which allow him to stand out in his current role. The reliability and efficiency which he has shown through his performance within the Group, as well as the ways in which motivates his teams to brilliance, are just some of the key ways in which he brings value to his work.

Manos acquired his extensive background in Information Technology during his studies at the Department of Informatics Engineering of the echnological Educational Institute of Crete. He has also held the position of General Manager at KEN SA.

Find out more or adjust your settings.

This website uses cookies so that we can provide you with the best user experience possible. Cookie information is stored in your browser and performs functions such as recognising you when you return to our website and helping our team to understand which sections of the website you find most interesting and useful.

Strictly Necessary Cookie should be enabled at all times so that we can save your preferences for cookie settings.

If you disable this cookie, we will not be able to save your preferences. This means that every time you visit this website you will need to enable or disable cookies again.

This website uses Google Analytics to collect anonymous information such as the number of visitors to the site, and the most popular pages.

Please enable Strictly Necessary Cookies first so that we can save your preferences!